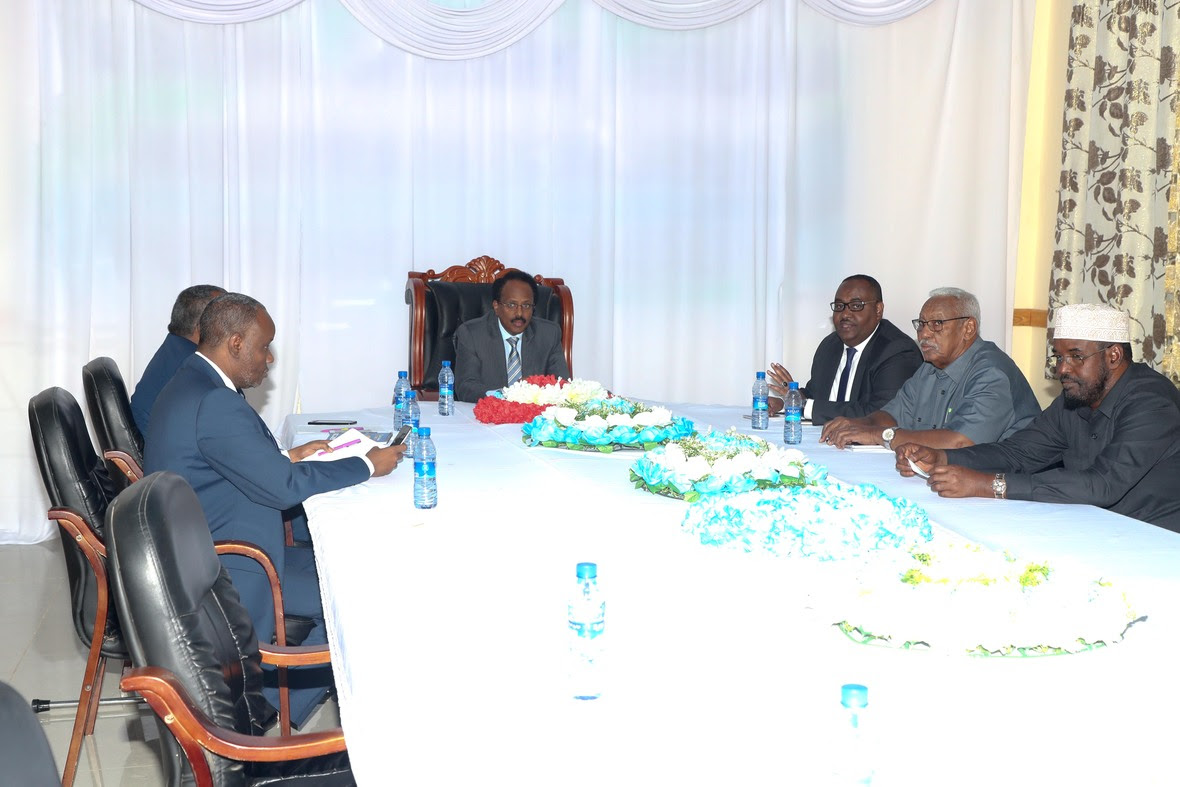 In a statement, Villa Somalia said the summit will discuss wide range issues related to the nation.

President Mohamed Abdullahi Farmajo has invited FMS (Federal Member States) and the governor of Benadir region for a national Security Council meeting to be held in the capital, Mogadishu,” the statement reads in part.

The meeting will run between 5th and 8th of July.

According to the statement, the three consultative meeting focus on security, national elections, the fight against terrorism, constitution review and the economy.

The statement comes barely three after the resumption of talks between Somali Federal Government and its member states ahead the country’s 2020/2021 elections.

Somali presdent Mohamed Abdullahi Farmajo last Monday held vitual meeting with the leaders of the regional states after hiatus of more than a year of lack meeting following rift between the leaders.

The meeting which focused on elections, security, and debt relief was attended by leaders from Puntland, Jubaland, Galmudug, Southwest, and Hirshabelle states.

Duuliye - November 21, 2021 0
The Canadian government has called on its citizens to leave Ethiopia immediately, according to an official statement from the country's immigration department. "If you are...