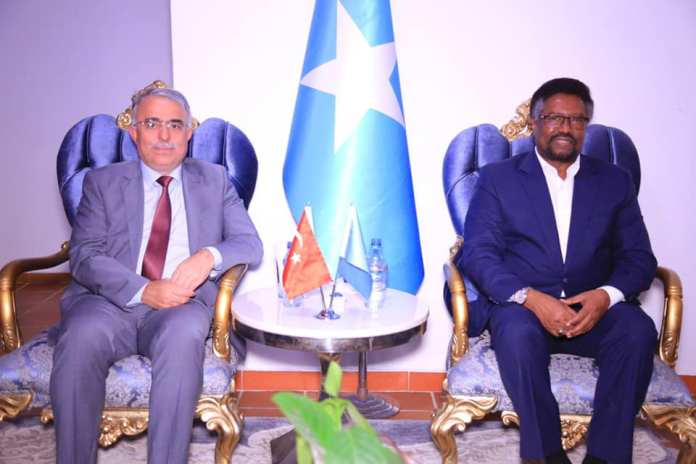 The officials who held talks last night have discussed bilateral relations between Somalia and Turkey.

During the meeting, the speaker lauded Turkish government for its commitment to support Somali government’s efforts rebuild the nation.

The two countries had previously signed trade agreements in areas such as energy, mines, electricity, higher education, agriculture, and fisheries.

Turkey’s investment in Somalia is estimated be more than 200 million U.S. dollars.

The two countries resolved to convene regular meetings to follow up on the implementation of the agreements and to bolster the strategic cooperation in the years to come.

Halqaran - October 18, 2021 0
By Dan Sabbagh / The Guardian Britain’s leading Muslim organisation is to issue new guidance to help British Somalis and other individuals and mosques deal...