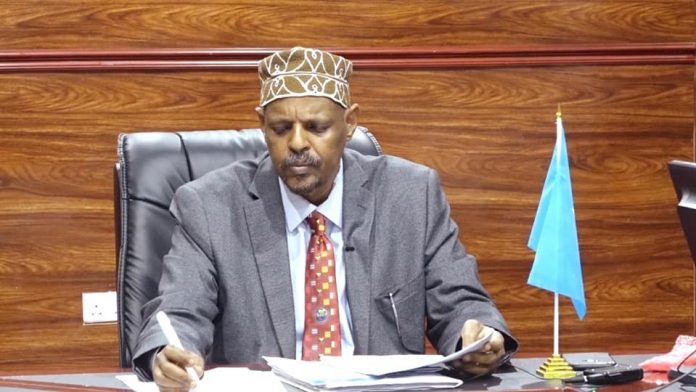 The Somali government has vowed to take legal action against some of the Hajj travel agencies in the country on Saturday.

The move emerged after some of the Somali pilgrims to the holy land were abandoned at the airport without proper hotel reservations following their connection flight from Djibouti.

Deputy Minister for Religious Affairs and Endowment, Osman Adan Dubow blamed some agencies for the poor management of the religious trip.

Dubow said an inquiry by the government has found out four agencies carelessly handled the pilgrims in the holy city of Mecca.

“It is very unfortunate for the agencies to treat the pilgrims badly.” The Deputy Minister for Endowment and Religious Affairs, Osman Adan Dubow said, adding “They will be held accountable.”

Somalis reacted online after photos of pilgrims sharing mattresses and other kinds of stuff were shared in the social media.

More than 11500 Somalis have made to Hajj this year.

More than 2 million pilgrims were gathered in the holy city of Mecca in Saudi Arabia on Friday to perform initial rites of the hajj, an Islamic pilgrimage that takes the faithful along a path traversed by the Prophet Muhammad P.B.U.H some 1,400 years ago.

Halqaran - January 23, 2022 0
African Union Mission in Somalia (Amisom) will be replaced by African Union Transitional Mission In Somalia (Atmis) according to an agreement between Somalia and...