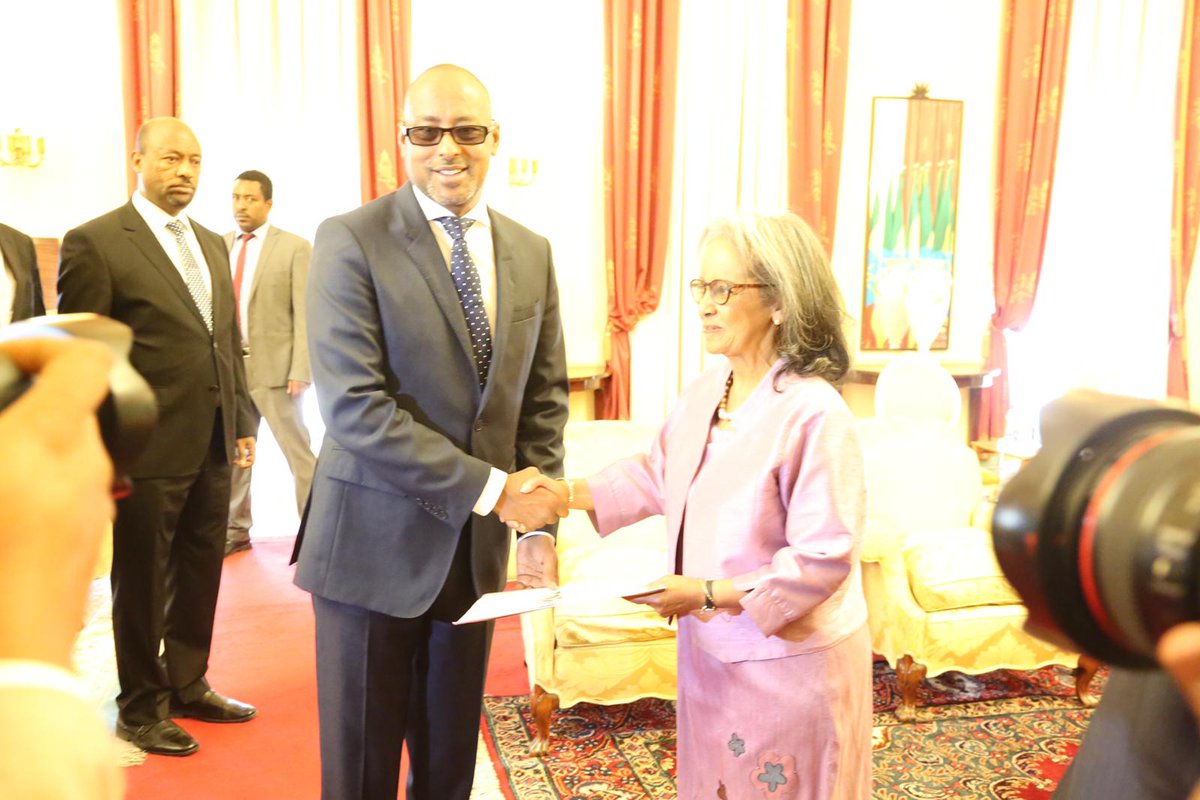 Ambassador Sharif who served in Addis Ababa and Paris before was among dozens of ambassadors appointed by President, Mohamed Abdullahi Farmajo months ago in a new foreign policy strategy before approved by the parliament and cabinet.

The Federal Republic of Somalia embassy in Washington DC was without an ambassador for the past one year.

The new ambassador will be the third diplomat in the last four years to set foot in US capital.
Mogadishu and Washington enjoy relatively close relations despite President Donald Trump recent comment brandishing the horn of the African country.

AMISOM commemorates the International Day for the Elimination of Sexual Violence...

Halqaran - June 21, 2021 0
The African Union Mission in Somalia, AMISOM, has commemorated the International Day for the Elimination of Sexual Violence in Conflict with a commitment to...

Djibouti is Launching its Space Program with Two Satellites