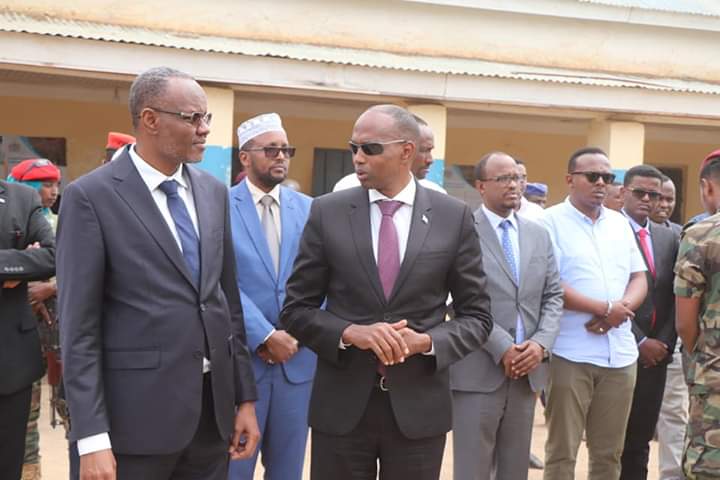 Somali Prime Minister, Hassan Ali Kheyre led a ceremony to launch a construction of a new tarmac road in Baidoa on Monday.

The Prime Minister and regional officials later inaugurated by cutting the ribbon from a new borehole that will provide water to residents living outskirts of Baidoa.

Likewise the chief minister visited southwest state police headquarters where he inspected day to day activities of the Somali police force to ensure law and order in the state.

Hassan Ali Kheyre urged the security chiefs to double their efforts in improving peace and security in the area.

Somali PM who arrived in Southwest state on Sunday is expected to pay a visit to other parts of the region to assess federal government development projects.

He is accompanied by members of parliament from the state and some cabinet members.

By Daniel Uria / UPI Lebanon and Somalia, both facing...
News In English

Three candidates who were vying for the presidential race...
News In English

Authorities of Aden Adde International Airport have announced that...
News In English

By AGGREY MUTAMBO Somalia is holding its presidential elections this...

Somali legislators have elected former leader Hassan Sheikh Mohamud as the country’s next president, following a long-overdue election on Sunday in the troubled Horn...
Read more